Through Orphan Sunday and Stand Sunday, we’re all a part of a great big story. Each observance is unique, yet together we are sharing God’s love for vulnerable children. Join us on a very special journey with guests from around the world. Stories of Impact will inspire you with small acts of faithfulness that have change children's lives forever. 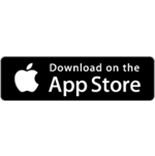 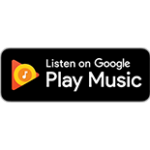 Join us as we hear from foster and adoptive mom, Mandy Chapman. With no intention of marrying or having children, God spoke to Mandy during an Orphan Sunday service about adoption and said, “You’re going to do that someday.” Now married with one biological child and 6 children through foster care Mandy shares her inspiring Orphan Sunday story.

"This is the story of God" - Mandy Chapman

Mandy and her husband Doug are foster & adoptive parents living in Pennsylvania. Together they have 7 children, 6 joining the family through foster care. Mandy is the Regional Manager for CarePortal in northeast Pennsylvania.

CarePortal is a platform of The Global Orphan Project and brings the needs of hurting children and families in your community to your attention. Child welfare workers uncover the needs. CarePortal makes local churches aware, giving them a real-time opportunity to respond.

Mike (27) was adopted into the Chapman family at the age of 19. When Mike was 14, he started attending the youth group that Doug was the Youth Pastor of. He quickly became part of their family. Mike was never in traditional foster care but very easily could have been.

Hailey (21) who the Chapman’s met when she was about 12, was also a part of the youth group that Doug Pastored. She is not officially adopted but she always has and always will be part of their family.

Isaac (11) is Mandy and Doug’s one biological child. They have always joked with him that he will never really know where babies come from... Haha! They would just get a call from CPS and go pick up a baby. But he has always wanted more (he wants them to have 10 kids) and will always be the first to say that there is always more room in his heart to love another child. Isaac also loves animals and can also talk to anyone about just-about-anything.

Kendra (9) is a strong, independent, athletic girl. Kendra came into their home when she was 18 months old through traditional foster care and was adopted when she was 2. She has been called "resilient" because she has been through so much and is still so strong and brave. She has Type 1 diabetes but you would never know it if you didn't see her pump. She doesn't let much stop her. She's a fireball.

Jordan (8) is the "free spirit" who came to the Chapmans when she was 2 days old. Although she was placed with her biological Great Grandparents when she was 1 and a half months old, she was returned at 5 months and later adopted when she was 2.  She loves to dress up and live in her imaginary world, which most grown-ups are not invited to. She is also amazingly gifted with music and she can play the piano by ear.

Justus (7). Because Justus is Kendra's biological brother, they could bring him home from the hospital. He was 2 days old. He is a natural athlete and always lands on his feet. But, for as tough as he is physically, he has a heart of gold and is the one who is currently praying that Mandy has a baby in her belly.

Asher (5) is Mandy’s helper!! He is always doing chores around the house, just because they need to be done. He plays well with everyone, most days, and never minds being the one who has to dress up to be the other character in Jordan's imaginary land. Asher was 20 months when he came to the Chapmans but was not adopted until he was 3 1/2. It was their experience with the courts and CPS as it pertained to Asher, that compelled them to get involved with Orphan Care and Orphan Advocacy. It was a horrific experience for him and for them and they realized that they needed to be part of the solution.

Doug (dad 41) is a PA National Guard Chaplain and teaches gym and Bible at the kids’ school.

Mandy (mom 36) is the Regional Manager for CarePortal Luzerne County and is also a cosmetologist.

Their son Mike has been married to Angela for 3 years and they have decided to follow in their parents’ footsteps and foster children. They currently have a 17-year-old girl, a 7-year-old boy and soon to be 6-month-old boy that they are fostering. They are willing and hopeful to make these three a permanent part of their family as they have with their 2-year-old son. So, all together, Mike and Angela have 3, soon to be 4 children in their home, which makes Mandy (36) and Doug (41) Grandparents!

Right now, the Chapmans are active Foster Parents but function in the role of "emergency respite". Which means that they take children who need a short-term home or if a child needs a place to stay after hours.

Going to the next episode!